Details about the July report were disclosed Thursday night in a story first published by The Wall Street Journal.

That means the state’s reported tally of 6,432 nursing-home resident deaths was significantly lower than the actual nursing-home death toll, sources with knowledge of the state report’s preparation told the newspaper.

The July report was produced after state lawmakers and families of people who died raised questions about a March 25, 2020, directive from the state Health Department about the policies regarding nursing-home patients and the coronavirus – a directive that critics claimed may have fostered the spread of the virus.

Then on Feb. 10 of this year, Cuomo aide Melissa DeRosa told state lawmakers that state officials delayed releasing nursing-home data last year, fearing at the time it might spark a federal investigation from the Trump administration. The Justice Department’s Civil Rights Division had begun seeking data from New York and other states last August, the Journal reported.

After the Journal’s story appeared Thursday night, at least two members of the Cuomo administration issued statements in defense of the administration’s actions.

Beth Garvey, a special counsel and senior adviser to Cuomo, claimed that “out-of-facility data” – meaning the deaths in hospitals – was omitted from the July report after the state Department of Health “could not confirm it had been adequately verified.”

“This did not change the conclusion of the report, which was and is that the March 25 order was ‘not a driver of nursing home infections or fatalities.’”

She added: “COVID Task Force officials did not request that the report conclude the March 25 order played no role; in fact Task Force Members, knowing the report needed to withstand rigorous public scrutiny were very cautious to not overstate the statistical analysis presented in the report. Overall, ensuring public confidence in the conclusion was the ultimate goal of DOH and the COVID Task Force in issuing the report.”

Gary Holmes, a spokesman for the state Department of Health, issued the following statement, referring to the state’s July report and to Howard Zucker, the state’s health commisssioner:

“This report, which establishes that the March 25 advisory was not a driver of nursing home deaths, was a collaborative process between DOH and the COVID task force. The report’s purpose was to ensure the public had a clear non-political evaluation for how COVID entered nursing homes at the height of the pandemic. All data sets reviewed came to a common conclusion – that spread from staff was likely the primary driver that introduced COVID into these nursing homes. While early versions of the report included out of facility deaths, the COVID task force was not satisfied that the data had been verified against hospital data and so the final report used only data for in facility deaths, which was disclosed in the report. While the out of facility deaths were held aside for verification, the conclusions were supported by both data sets. DOH was comfortable with the final report and believes fully in its conclusion that the primary driver that introduced COVID into the nursing homes was spread brought in by staff. Even Bill Hammond of the conservative think tank Empire Center found that the March 25 advisory was not a primary driver of COVID in nursing homes. The decision was made to initially release the report without the out of facility data and to later update the report to include the out of facility deaths. This was done in February and as Dr. Zucker had testified to the legislature, the conclusions remained the same as in July.” 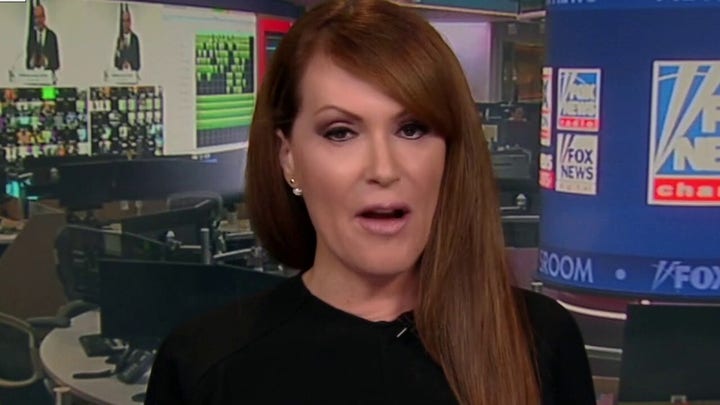 Reports of discrepancies in the tally of coronavirus-related deaths in the state’s nursing homes have sparked severe criticism against Cuomo, who initially drew national praise for his handling of the coronavirus – despite New York state being a U.S. epicenter for its deadly spread.

Now the nursing-home reports are being coupled with allegations of sexual harassment against the 63-year-old third-term Democrat, who is facing increasingly bipartisan calls for his resignation — as well as a planned investigation by New York’s attorney general.

The Journal’s story about the nursing-home data was published on the same evening that the “CBS Evening News” aired an interview with Charlotte Bennett, one of at least three women who have made sexual misconduct allegations against Cuomo.

During that interview, Bennett – a 25-year-old former aide to Cuomo — suggested that positive media coverage of Cuomo’s handling of the coronavirus may have made have boosted his ego.

“I think he felt like he was untouchable in a lot of ways,” Bennett told Nora O’Donnell of CBS.

Bennett accused Cuomo of “trying to sleep with me,” while two other women – Lindsey Boylan and Anna Ruch – have also accused him of inappropriate comments and behavior.

Cuomo, at a Wednesday news conference, denied intentionally mistreating the women. He apologized, saying he now realized his comments had an unintended effect, and claimed he “learned an important lesson” but had no plans to leave office.