by health and nutrition advice journalist
in biohacking
Leave a comment 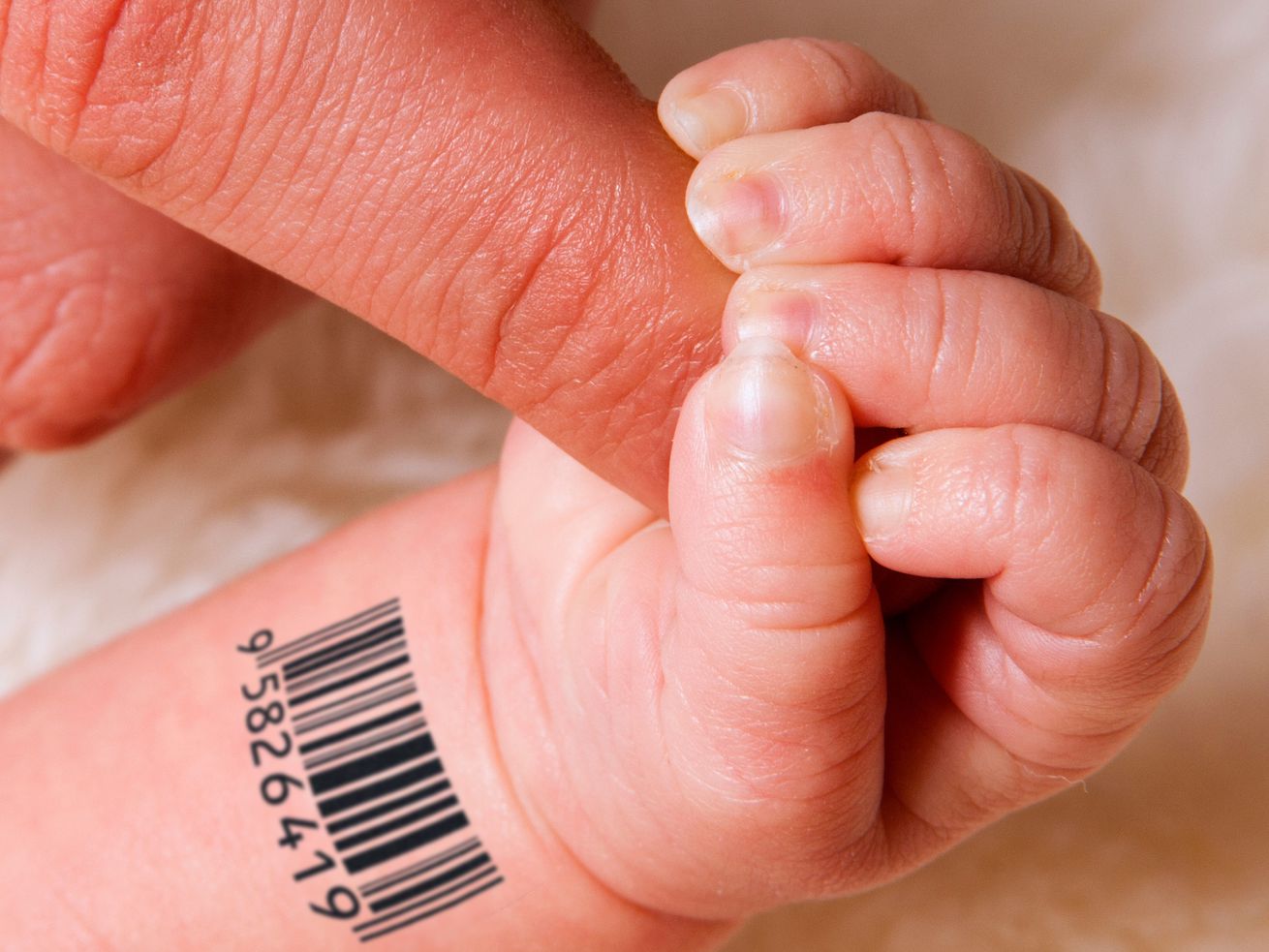 With the CRISPR-Cas system, scientists just made a giant leap toward genetic engineering humans — but there’s still a lot of work to be done. | Thorsten Schmitt/Shutterstock

Is it ethical to edit your child’s DNA — or your own? Does the answer depend on whether you’re perfectly healthy or have a condition like vision loss or are dying of a degenerative disease? And does it matter whether you’ve got a PhD or never set foot in a college classroom?

A new four-episode Netflix documentary series, Unnatural Selection, takes us inside the lives of scientists and amateurs who are grappling with these questions as they use gene-editing technologies like CRISPR to perform experiments — including on themselves.

We meet Tristan Roberts, an HIV-positive man who injects himself with an experimental gene therapy that he hopes will cure him. And Kevin Esvelt, an MIT scientist who engages with various communities to explore whether they want to use CRISPR genome editing to, for example, immunize the mice that infect many ticks that give people Lyme Disease. And David Ishee, a Mississippi dog breeder who tinkers with DNA in his shed, trying to create transgenic puppies that will glow in the dark.

Most touchingly, we meet Jackson Kennedy, a little boy with a rare genetic condition that’s causing him to go blind. When his mom learns there’s a new gene therapy that might cure him, she fights to get it covered by insurance and signs him up. His excitement is infectious, and so is his nervousness. “What if,” he asks his mom, “it doesn’t work?”

The possibility that things may not go as planned or may even have unintended negative consequences is one of the main fears around emerging genetic technologies —some of which have little scientific evidence behind them. That worry tends to be especially pronounced when it’s not experts in labs who are using the tech, but biohackers: people who experiment on their own bodies outside the realm of traditional medicine with the hope of boosting their physical or cognitive performance.

Biohacking raises a lot of questions with huge ethical implications. Should biohacking yourself be a human right or should your control over your own body be curtailed — possibly even criminalized — if it’s risky to you or others? (Many biohacking pursuits exist in a legal gray zone but are not yet outright illegal, or not enforced as such. Some new gene therapies profiled in Unnatural Selection, like Jackson Kennedy’s, are approved by the Food and Drug Administration.) Will biohacking enhance life for all of us equally or will it widen the gap between haves and have-nots?

Perhaps we’d do best to strictly limit the use of new technologies like CRISPR. But then again, given that people are dying and these technologies might help, can we morally afford to not use them?

While some people who engage with biohacking view themselves as part of the scientific establishment and often voice ethical concerns about technologies like CRISPR, others have a strong anti-establishment streak.

Unnatural Selection assigns uneven weightto different camps — proponents of the new technologies get more airtime than their critics, perhaps because it’s more visually interesting to watch people inject themselves with new DNA than it is to watch finger-wagging bioethicists warn about risks.

But the series is well worth watching for the access it offers to heavy hitters all along the vast spectrumof this debate, from scientist Jennifer Doudna (known for co-discovering CRISPR) to celebrity biohacker Josiah Zayner (known for injecting himselfusing CRISPR at a biotech conference and livestreaming the stunt).

“I really don’t have any moral or ethical concerns about the use of genetic engineering,” Zayner, who sells biohacking supplies out of his garage, says in Unnatural Selection. “I’m more concerned about the government regulating it so that people don’t have access to it.”

California, where Zayner lives, is now making it illegal to sell a DIY genetic engineering kit unless it comes with a clear warning stating that “the kit is not for self-administration.” But the extent to which biohacking should be regulated is hotly debated.

Influencing that debate are philosophical and even theological priors, which Unnatural Selection excels at exposing. In one fascinating scene, the scientist Esvelt meets with Maori New Zealanders to think through the possibility of using an innovative biotechnology such as a gene drive — a way of using CRISPR to change the genetic makeup of a population by modifyingthe DNA of a few individuals, which then spread the modification —to wipe out the country’s exploding rat population, which is threatening bird species.

But the locals resist. “It’s frightening what you can do to alter God’s creation. You cannot question, compromise, with spirit,” they say. “God made an order. And Noah, he did have two rats on that ark. We have no right to try and eradicate one of those species.”

Who gets to control your body?

One thing that strikes you about this movement is that it makes perfect sense that the US was where biohacking first took off. It’s a country where individualism is valorized, where personal autonomy is a paramount value. At the same time, it’s a place where pharma companies have jacked up the prices of medicines for conditions ranging from diabetes to HIV, leaving many individuals powerless over their own bodies — a crisis of distributive justice.

You can see the tension between these two things eating at the biohackers in the series. “This is bigger than HIV. This is about people being able to control their own genome,” Roberts, the man who tries an experimental therapy on himself, says. Ishee, the dog-breeder, adds, “I want to see working-class people be able to fix themselves. What you’re really talking about is your own ownership of yourself.”

Ishee doesn’t have a BA, never mind a PhD. But he believes scientific exploration should be democratized and accessible to all, not just credentialed experts. That’s a belief that’s common to many biohackers, including Zayner. However, some of what biohackers do is experimental and risky, frowned upon by the FDA because it’s not being studied in clinical trials with the usual regulatory oversight.

Unnatural Selection is at its best when it showcases the disagreements among biohackers themselves, making clear that the DIY biology community is not monolithic. Ishee starts out thinking highly of — and offering to help — Ascendence Biomedical CEO Aaron Traywick, the biohacker who’d cooked up the experimental gene therapy for Roberts’s HIV. But then Roberts livestreams himself self-injecting while Traywick uses the opportunity to promote his company.

“Aaron is trying to reframe it as being about Ascendence,” Ishee says as he watches the livestream. “He’s pushing these things as cures when we don’t even know if it’s going to work. I should’ve been more skeptical. He hasn’t harmed anyone yet, though I don’t think he’s unwilling to risk it.”

Even Zayner starts to get antsy about Traywick. “These guys are getting these complexes like they can cure people,” he says. “Once you start getting involved with people who are claiming they can cure diseases you just start to head down that path of fucking scammers.” (Ascendence later fell apart and, at age 28, Traywick was found dead.)

Traywick’s monetizing impulse raises a tricky question: Biohackers talk about wanting to democratize science, but what if their discoveries don’t get distributed evenly across the human population? What if miracle cures and designer babies do become available, but only to the rich? Maybe biohackers are just punting the crisis of distributive justice downstream. Worse, given that they’re talking about making really significant changes to humanity, maybe they risk exacerbating social inequality. Does that mean they should just lay off?

Which brings us to another pair of ideas Unnatural Selection throws into tension with one another: On the one hand, there’s the fallacy that whatever is natural is intrinsically good, so we’d better leave it untrammeled and change nothing. On the other hand, there’s the fallacy that technological progress is inevitable, so we may as well embrace it and change everything.

The show lets the tension breathe, with Esvelt saying “we have no choice” but to continue exploring innovative new technologies, and Dana Perls, a campaigner at Friends of the Earth, a nonprofit that advocates for environmental justice, saying “we don’t have to go that way.”

Likewise, the show acknowledges that by making humans smarter and stronger, we may create a society in which everyone feels pressure to alter their biology — and their kids’ biology — even if they don’t want to. It’s Doudna herself, the co-discoverer of CRISPR, who notes that all this raises the specter of eugenics. So, what should we do?

There are no easy answers.

Correction: Aspects of Kevin Esvelt’s work described have been corrected.

Twice a week, you’ll get a roundup of ideas and solutions for tackling our biggest challenges: improving public health, decreasing human and animal suffering, easing catastrophic risks, and — to put it simply — getting better at doing good.

Josiah Zayner is a biohacker who’s famous for, among other things, injecting himself with the gene-editing tool CRISPR. At a time when the technology exists for us to change, or hack, our own DNA, what are the ethics of experimenting on ourselves, and others at home? host Arielle Duhaime-Ross has been following Zayner’s story and talks to him about how he’s thinking about human experimentation today. Plus: new efforts to come up with a code of conduct for biohackers, from legislation to self-regulation.