Previous postTeenage boy whose death was linked to coronavirus turned away from urgent care for not having insurance
34-Year-Old CA Man Dead of Coronavirus, Recently Visited Disney WorldNext post 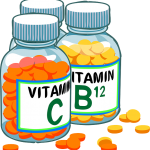 (NaturalHealth365) For the majority of Americans, nutritional supplements are a mainstay of daily health and wellness routines.  In fact, according to the 2017 CRN Consumer Survey on Dietary Supplements, 76 percent of American adults – over 170 million people – rely on dietary supplements for increased energy, immune health, bone health and overall wellness.  Surely, the Gates Foundation – run by Bill and Melinda Gates – wouldn’t think of preventing us from obtaining these supplements … right?

Keep in mind, vitamins and minerals top the list, comprising a whopping 98 percent of all nutritional supplements consumed.

Yet – in spite of overwhelming public support for nutritional supplements – the multi-billion-dollar Bill and Melinda Gates Foundation is sponsoring a plan that would ultimately threaten access to these vital nutrients at sufficient quantities needed for a therapeutic effect.

“Global harmonization” of nutrients will limit the potency of nutritional supplements

Many natural health experts – including those at the Dr. Rath Health Foundation – are concerned by a 2018 report that was released following a series of high-level meetings of international health authorities.

The report, published by National Academies Press and titled “Harmonization of Approaches to Nutrient Reference Values,” reveals a plan to make setting “safe upper limit levels” for vitamins and minerals a top priority.

But many natural health advocates fear that the recommendations are simply a way to set the stage for the global “harmonization” (uniformity) of nutrient reference values.  This, in turn, could lead to regulatory bans on nutritional supplements.

Upper nutrient levels refer to the highest amount of a nutrient that is likely to pose no risk of adverse effects for almost all individuals in the general population.

While the report purported to focus on establishing nutrient reference values for young children and women of reproductive age, critics say the real intention is to generate a uniform approach.

According to the report, NRVs should only be set by a global body, such as the WHO or FAO – a fact which raises suspicion among proponents of natural health therapies.

The meetings, held at the behest of the Gates Foundation, were attended by representatives from such “heavy hitters” as the World Health Organization; the US National Academy of Sciences, Engineering and Medicine; the Food and Agriculture Organization of the United Nations; and other powerful entities and international stakeholders.

The stated goal of global nutrient harmonization is to set “safe upper levels of intake” in order to prevent so-called “adverse effects of excessive intake.”

It sounds eminently reasonable – on the surface.

The problem with “safe upper limits,” say natural health advocates, is that the calculations used to arrive at them are essentially flawed.  For example, several international health authorities are in favor of reducing permitted micronutrient quantities by subtracting the average amounts that people supposedly get from their dietary intake.

But, critics note that many people don’t eat a balanced diet, leading to widespread vitamin deficiencies.

In addition, many natural health experts say that soil depletion – along with modern farming and storage methods – has caused the micronutrient levels in food to decrease over the past 50 years.

Finally, nutrient utilization can also be affected by factors such as infection and disease.  And, proponents of “safe” upper limits hope to take things one step further.

If the “safe” upper level of a micronutrient is close to the average daily intake, the nutrient could be banned from use in supplements completely.

It’s as if the very thought of generous, optimal supplementation puts these entities into a panic!

International standards for food and supplements are controlled solely by Codex

The Codex Alimentarius Commission, or Codex, is a United Nations body that advises the Directors-General of the WHO and the FAO on all matters pertaining to the implementation of the Joint WHO/FAO Food Standards Programme.

Ostensibly tasked with protecting the health of consumers and promoting coordination of all food standards internationally, Codex sets standards and guidelines for not only conventionally-grown, GMO and organic foods – but supplements, food labeling, advertising, health claims, food additives and pesticide residues as well.

This means that – in addition to setting restrictive upper limits – Codex can prohibit any claims that vitamin and mineral supplements can be used to prevent, alleviate treat or cure diseases.

In other words: prevention and treatment of disease should be left only to Big Pharma.

The creation of the World Trade Organization in 1995 caused Codex to become even more powerful, with the WTO relying on Codex as the arbiter of international trade disputes involving foods. This means that the 149 countries that are WTO members have little choice but to “go along with program” set forth by Codex.

By the way, Codex seems to think that carcinogens are an acceptable ingredient in organic foods. The Codex Committee on Food Labeling is attempting to weaken organic standards to permit the use of sodium nitrite and sodium nitrate – both potential cancer-causing agents – and carrageenan, which has been associated with cancerous tumors in the intestinal tract.

According to the Dr. Rath Health Foundation, Codex has tried to limit nutrient doses in supplements for 20 years – thereby protecting the patent on the pharmaceutical giants’ control of healthcare.

How does discouraging the use of supplements – and other healthy practices, such as eating organic foods – benefit Big Pharma?

The answer is clear.

Organic foods, with their higher levels of micronutrients and their lack of GMOs and synthetic pesticides, promote human and environmental health.

For example, there is plenty of scientific (and clinical) evidence to show that optimal levels of vitamin C and D can help prevent pneumonia and breast cancer.  In addition, CoQ10 and selenium can drastically reduce the risk of dying from cardiovascular disease.

Other studies have demonstrated many other health benefits from vitamin and mineral supplementation.  But, for the pharmaceutical industry, maintaining great health is not a lucrative business model – their profits come from marketing drugs for sickness and chronic disease.

By the way, does it surprise anyone that the Gates Foundation has numerous investments in the pharmaceutical sector?  Gee, what a surprise.

As the natural health community braces for fallout from the report, Paul Anthony Taylor, executive director of the Dr. Rath Health Foundation, dismisses it as a “desperate move.”

Desperate or not, time will tell if the move to limit supplements is successful.  Obviously, we hope not.

Sources for this article include:

The post Gates Foundation quietly plans to control nutritional supplements for the ‘good of humanity’ appeared first on NaturalHealth365.